National Crittenton was co-founded by Mr. Charles Crittenton, and Dr. Kate Waller Barrett. Born out of a social justice foundation with a commitment to the rights of women, they worked to ensure that they were given the same rights as men - to change their lives, and to support themselves and their families. Mr. Crittenton and Dr. Barrett believed that the most effective way to address compelling social issues was at the local level, consistent with the culture, needs, and context of each community. Our founders understood that local organizations across the country would be stronger through an association with their sister organizations, who together could connect the dots and truly catalyze social change.

Through their advocacy, in 1898, The National Florence Crittenton Mission was established, known today as National Crittenton. It was the first charitable organization created through Congressional Charter as the national umbrella to unite the Crittenton agencies. The Crittenton family of agencies have been supporting the needs and potential for cis and trans girls and young women ever since.

Aligning Our Work for the 21st Century

The trustees of National Crittenton made the decision to leave the auspices of the Child Welfare League of America. This departure marked a reinvention of the then 124-year-old organization as the National Crittenton Foundation. This reinvention was designed to sharpen focus on elevating the needs and potential of girls, young women, and their families whose lives are impacted by violence and childhood adversity.

Today, operating as National Crittenton, with a family of agencies 25 members strong, a robust advocacy effort including her/them* and agency representatives, innovative programs, and more, National Crittenton has reinvigorated and strengthened the original model crafted by Mr. Crittenton and Dr. Barrett more than a century ago.

A Rich Legacy of Connections

To search for family members or other people you met through a Crittenton agency such as friends or colleagues, contact the Florence Crittenton Home Reunion Registry. Beginning in 2022 National Crittenton and the Registry are working in partnership and as a result information provided through the Crittenton Connections portal on this website have been transferred to the Registry. 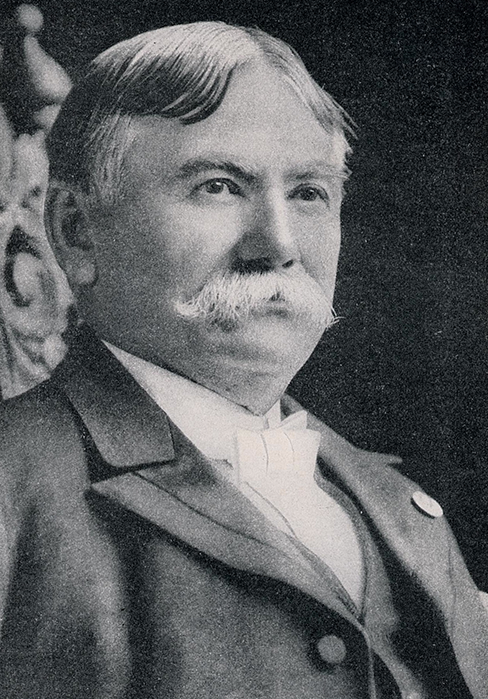 Mr. Charles Crittenton was a pioneer and social entrepreneur well ahead of his time. Upon the death of his daughter, Florence, Mr. Crittenton dedicated his energy and his finances toward the “betterment of this needy class,” consisting of girls and women commercially exploited for sex, those escaping violent relationships, single mothers, homeless/abandoned girls, and immigrant women who came to this country with the promise of a husband, only to be betrayed. Mr. Crittenton invested his life and all his wealth in advocating and funding the establishment of National Crittenton and Crittenton homes across the country to support women committed to changing their lives.

A humanitarian, philanthropist, and social reformer. A strong advocate for girls and young women. While raising six children and opening a shelter for unwed mothers, she managed to obtain her M.D. and Sc.D. In 1895, Dr. Barrett officially joined forces with Charles Crittenton to co-found the National Florence Crittenton Mission, now known as National Crittenton. Together, they established rescue homes for unwed mothers and “prostitutes” across the country. More than 78 Crittenton homes operated in the United States, Mexico, France, China, and Japan at the time of her death.

Among her many accomplishments she was:

• Voted President of the National Council of Women;

• Appointed as a delegate to the 1924 Democratic National Convention;

• Appointed as special agent of the U.S. Bureau of Immigration for her anti-sex trafficking and system change advocacy, changing the way girls and young women were treated while in custody. 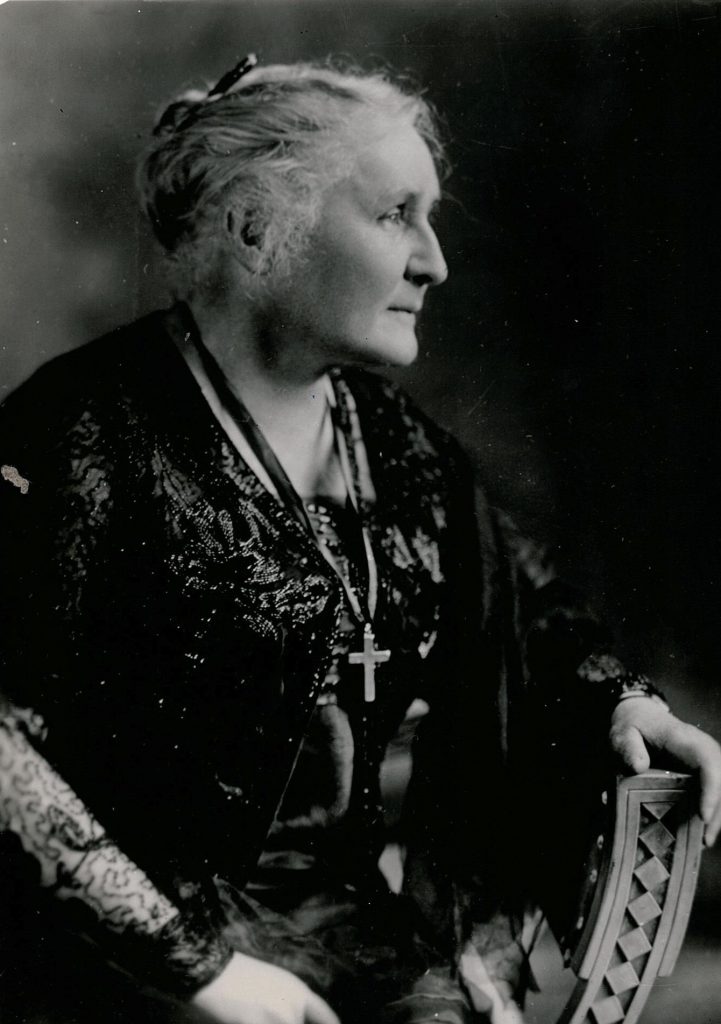 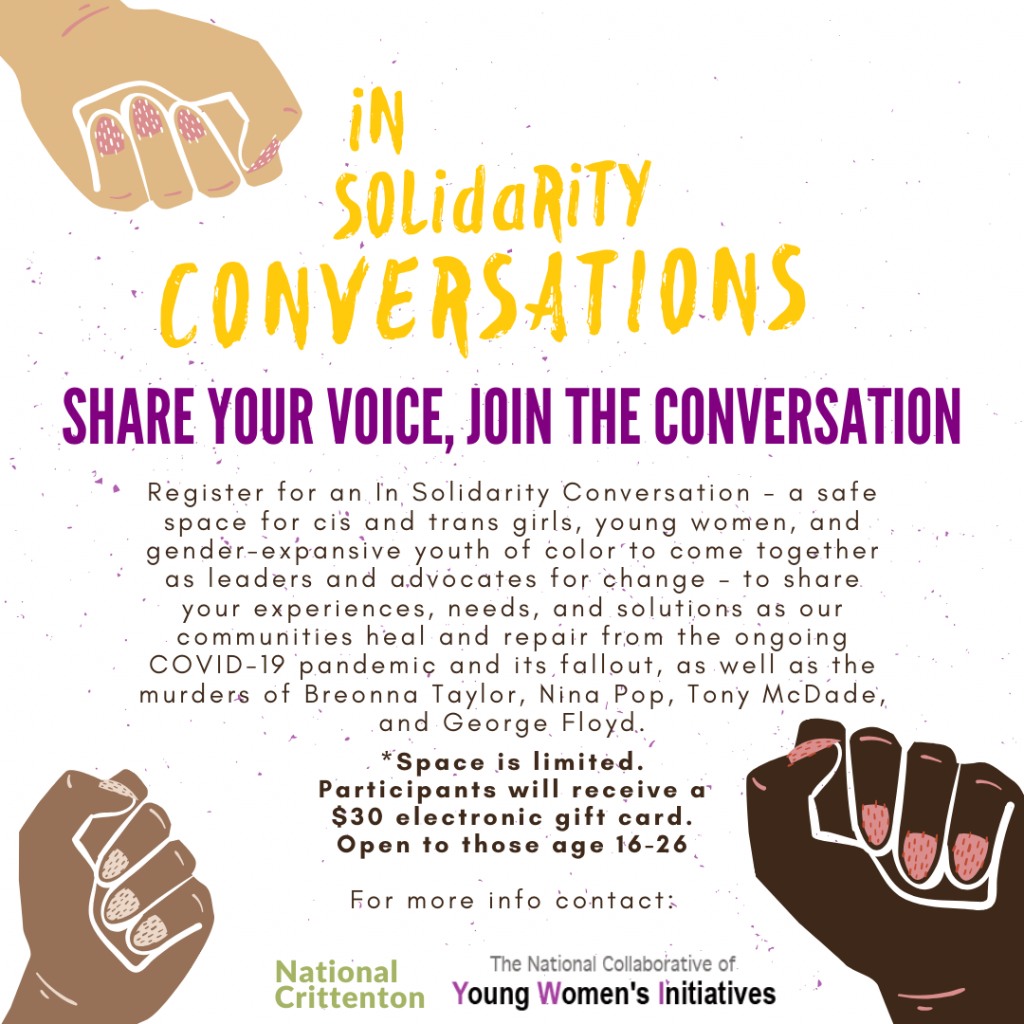 2019
National Crittenton supports young mothers from seven states in the formation of IMPACT (Invincible Mamas Pushing for Action and Change Together) National Advocacy Alliance.
2018
Successfully advocated for the inclusion, Families First Prevention Services Act, of expectant and parenting youth as an eligible population for prevention services and residential care.
2017
The first In Solidarity We Rise: Healing, Opportunity and Justice for Girls gathering is held in Washington, D.C. The second gathering is held in 2019 in Atlanta, Georgia Charles Crittenton and Kate Waller Barrett’s families are both represented on the Board of Trustees for the first time since 1909. 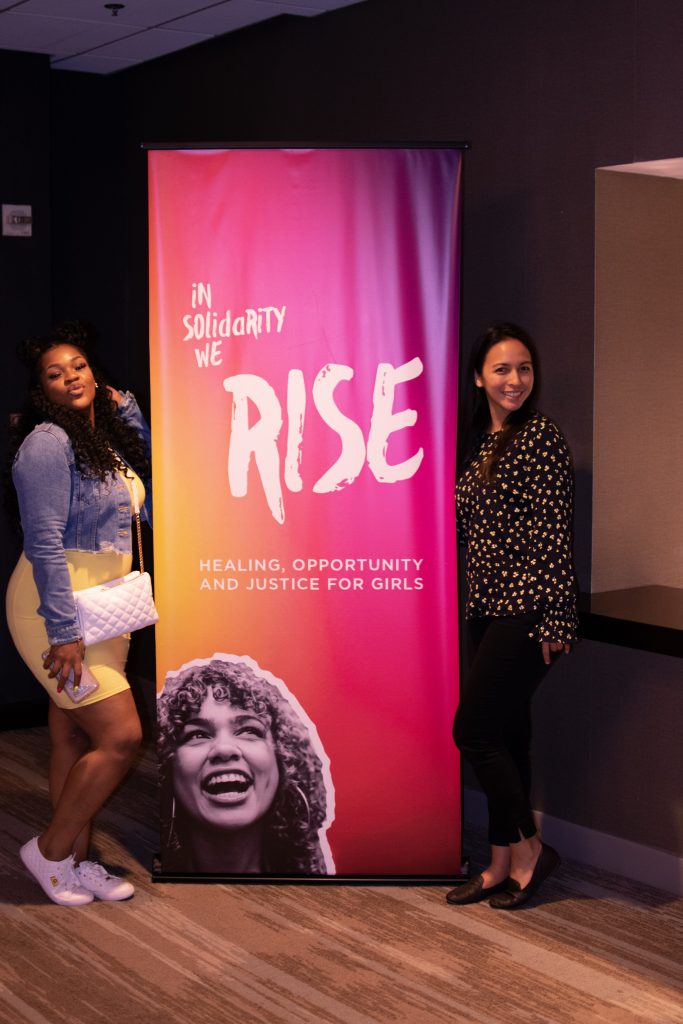 2014
Successfully advocated for the inclusion in the Preventing Sex Trafficking and Strengthening Families Act of the unprecedented requirement for states to report the numbers of expectant and parenting youth in foster care.
2013-2019
National Crittenton creates and operates the OJJDP National Girls Initiative focusing on catalyzing change for girls in and at-risk of entering the juvenile justice system across the country.
2011
The first administration of Adverse Childhood Experiences (ACEs) survey is conducted in 18 Crittenton agencies in 17 states with more than 1,000 participants. Data provides the foundation for a Hill event on ACEs and young mothers in 2012.
2010
TNCF and Rights4Girls co-found the Girls at the Margin National Advocacy Alliance as is an affiliation of local, state, and national organizations and advocates working across systems to address the complex issues confronting girls and young women.
2008
TNCF, Crittenton agencies and young women leaders launch their return to national advocacy in Washington, D.C. working together to advance justice for system impacted girls and young women in communities across the country. 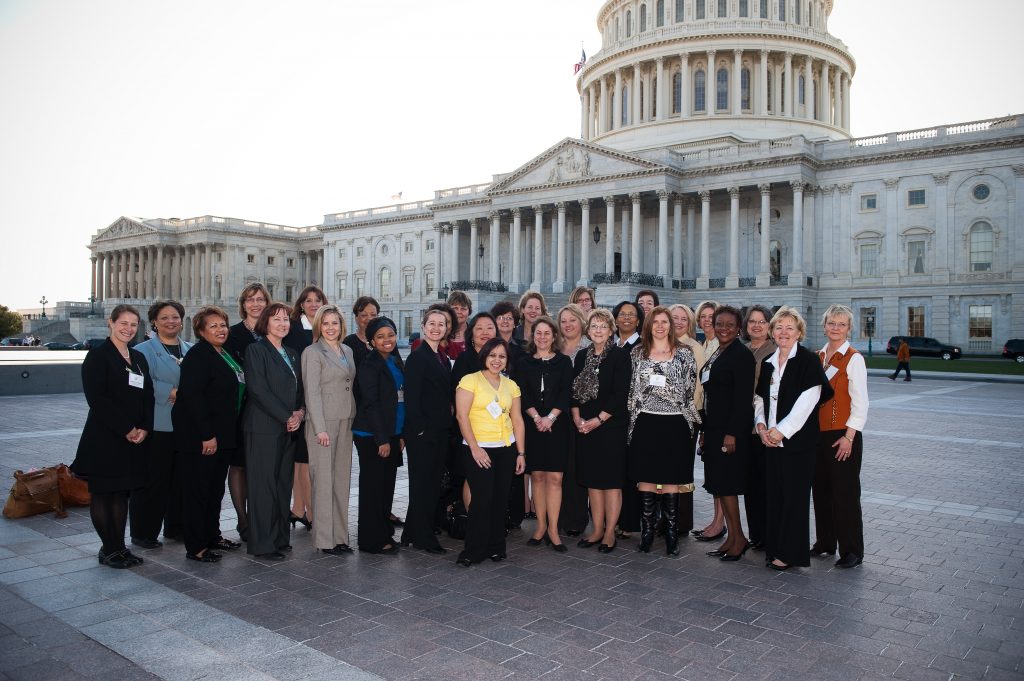 2007
Marks the launch of the re-invention of the organization as The National Crittenton Foundation (TNCF) with fulltime staff and a home office in Portland, Oregon. 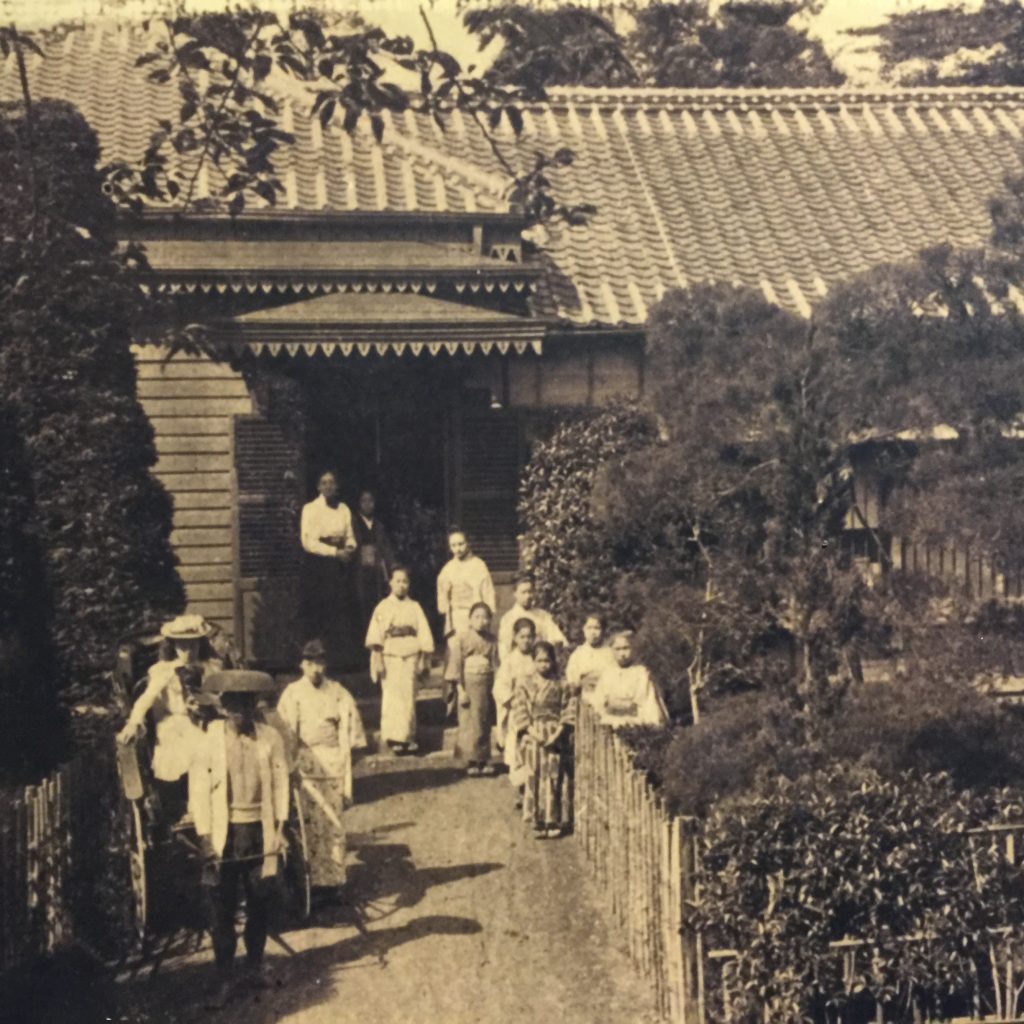 1898
A special act of Congress signed by President McKinley grants a national charter to the National Florence Crittenton Mission. This charter is amended in 1903.
1893
Dr. Kate Waller Barrett joins Charles N. Crittenton as the driving force behind the establishment and expansion of the Crittenton social welfare movement. 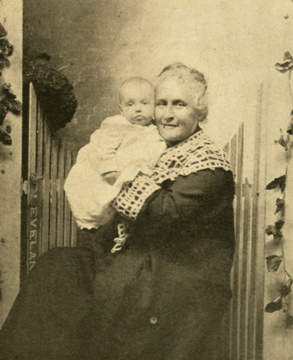 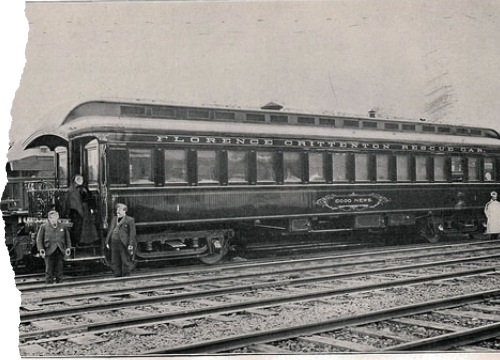 1883
Charles N. Crittenton opens the Florence Night Mission in New York City on April 19, 1883. The “Mother Mission” is dedicated to serving only women and girls. 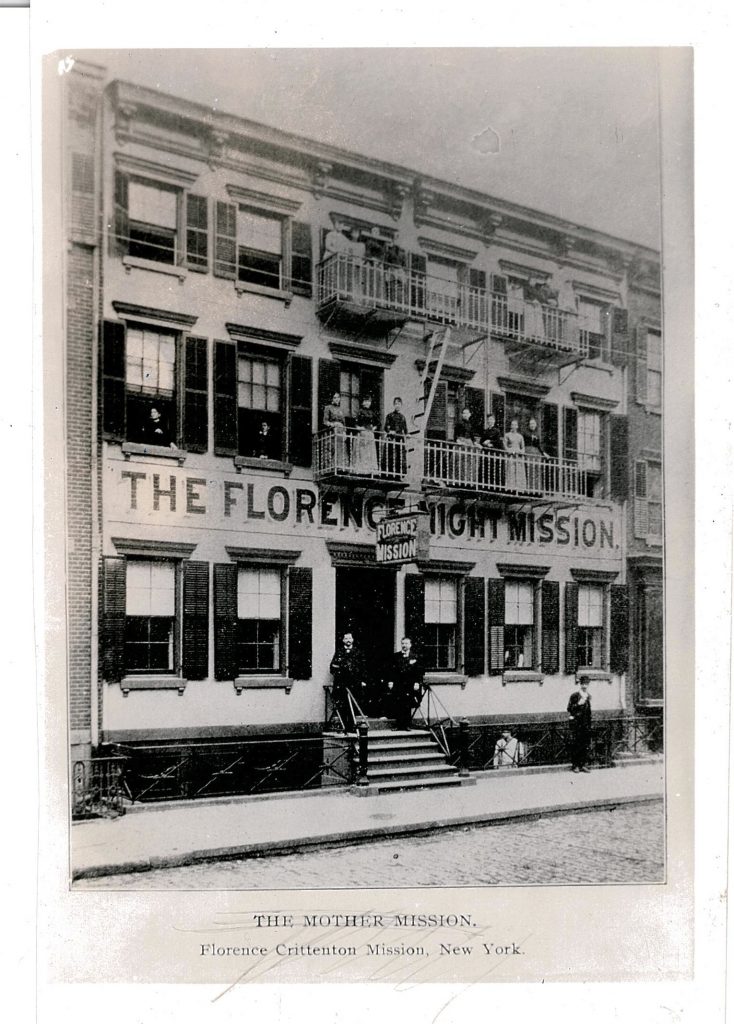